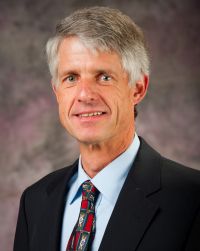 Please visit the Physics Department for teaching and class information.

My area of research is theoretical atomic, molecular, optical and surface physics. Currently, my research focuses on resolving in time and space the motion of electrons and nuclei in ion-surface interactions and during the fragmentation of small molecules by ultra short and intense laser light pulses. An example for our work on laser-molecule interactions are investigations on the nuclear motion in the H2+ molecule. In 2003, my group was the first to predict so-called "vibrational revivals" in this molecular ion, which were subsequently (in 2006) revealed in experiments at the Max-Planck Institute for Nuclear Physics in Heidelberg Germany, confirming in detail our theoretical predictions. During 2007-9, we continued to work on laser-molecule interactions and developed a novel imaging method. This method enables the extraction of an array of dynamical data (such as "laser-dressed" molecular potential curves and nuclear probability distributions) from the measured kinetic-energy release during the laser-induced breakup of a molecule. During 2009, my postdoc Feng He and I continued to collaborate with Igor Litvinyuks and Lew Cockes groups, learning from them about ongoing and future experiments in exchange for theoretical and numerical support. In addition, we are collaborate with Prof. Ullrichs group in Heidelberg on the asymmetric breakup of diatomic molecules in intense laser electric fields.

I also continue to do research on the theory of atomic structure and particle - surface interactions. I am exploring new avenues, such as the physics of carbon nanotubes. Certain electronic configurations in carbon nanotubes (so-called image states) were recently observed in the Macdonald Laboratory and agree with earlier theoretical predictions by others and us. We are fortunate that many of the theoretical and numerical tools we have applied or developed in the past serve us well in describing interesting aspects of these complex molecules. I am involved in a collaborative initiative to predict, probe, and control interactions of electrons, ions, and molecules with complex systems, such as carbon nanotubes.

During the past three years, I have expended the scope of our ion-surface interaction studies. We are now investigating not only atomically flat, but also nano-structured metal and semiconductor surfaces. For a particular class of nano-structured surfaces, so-called vicinal (or stepped) surfaces, our numerical results show striking differences in the charge-transfer with an external negative ion, as compared with atomically flat surfaces of the same metal. Even though our calculations are carried out for relatively simple systems (negative hydrogen ions interacting with surfaces), our results may i) point to new applications in which ions are used in order to determine the superstructure of a given substrate and ii) contribute to the development of efficient (nano-structured) catalytic surfaces.

Triggered by two new proof-of-feasibility experiments (published in Nature Nov. 2007 and in PRL 2008) that applied for the first time attosecond time-resolved photoelectron spectroscopy to metal surfaces, I started modeling these processes. I believe that the resolution in time on a scale of ~100 attoseconds of dynamical processes on surfaces is a particularly rich and emerging research direction within the more general field of attosecond physics. My postdoc Dr. Zhang and I have published three papers (one in PRL) in which we were able to provide simple models that match the first experimental data on attosecond resolved photoemission from a tungsten surface.