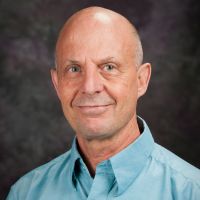 Imaging the dissociation and ionization of molecular ions by ultrashort intense laser pulses; Ionization and break-up of molecules by fast and slow highly-charged ions; Identifying and determining the lifetimes of metastable molecular states.

Please visit the Physics Department for teaching and class information.

The focus of our research is the interaction of intense ultrashort laser pulses with molecular ions. The molecular ion beams, at a few keV, originating from an ion source (ECR), are crossed by the Kansas Light Source (KLS) laser beam. The resulting fragments are measured in coincidence by a 3-dimensional momentum imaging system, which allows for direct separation of the ionization and dissociation channels. These measurements provide the complete angular distribution of the molecular breakup around the laser polarization vector as well as the kinetic energy release (KER) upon dissociation with sufficient resolution to identify the vibrational states of H2+. During this year we have modified the experimental setup and imaging technique to allow measurements of dissociation with zero kinetic energy release (KER → 0). Taking advantage of the improved energy resolution and extended energy range we explored the dissociation of H2+ in intense ultrashort laser pulses.

In one example, the improved energy resolution allowed us to provide experimental evidence for the reduction in dissociation probability of the v=12 vibrational state that has been predicted by Esry's group. This suppressed dissociation was attributed in the past to vibrational trapping in the light induced potential well. However, the present calculations including nuclear rotation indicate that there is no vibrational trapping. The observed suppression in H2+ dissociation is caused by the small magnitude of the transition dipole moments and not by vibrational trapping, as has been commonly believed.

In another example, the ability to measure H2+ dissociation with zero KER provided clear experimental evidence for zero photon dissociation (ZPD) - namely dissociation with net absorption of zero photons. Also in this case, vibrational trapping has been a key ingredient of the mechanism suggested in the past to explain ZPD, but the theoretical work of Esry's group suggests that there is no vibrational trapping. The alternative mechanism we suggest to explain ZPD involves the absorption of a slightly more energetic photon followed by the stimulated emission of a less energetic photon, both photons within the spectral bandwidth of the laser pulse - that is a Raman scattering process.

Access to journal links may be restricted to subscribers.
The KSU Math/Physics Library offers an extensive collection of journal links.